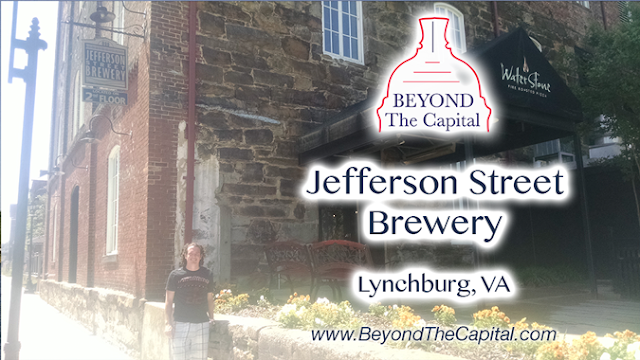 Next up on the epic Memorial Day Beercation trip was Waterstone Pizza, the ground floor of Jefferson Street Brewery in Lynchburg, Virginia. While the brewery doesn't have a tap room they serve everything below at Waterstone. I grabbed a delicious anchovy pizza and of course a full flight ($10) of their 6 beers on tap which included 5 from Jefferson Street and 1 guest beer from Parkway where we were the day before. 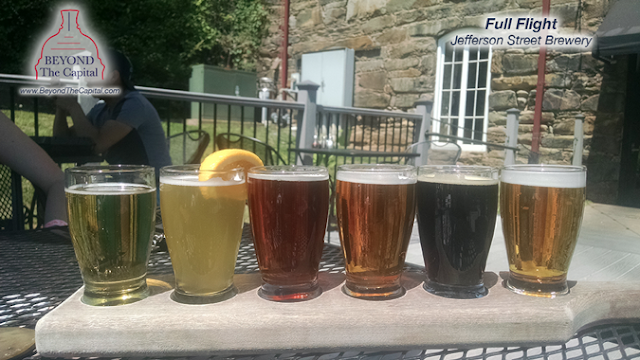 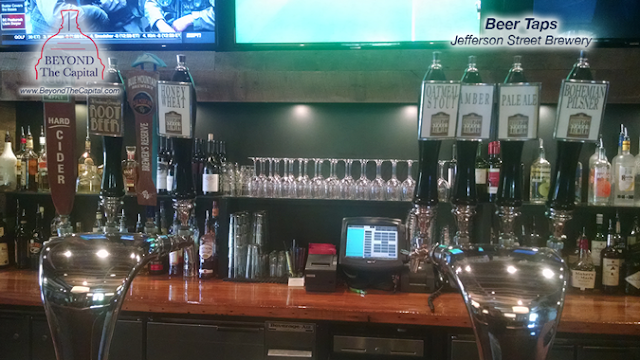 This was one of the few breweries that we stopped at that was actually a restaurant and as it was the first stop of the day we ordered pizzas. My pizza was very good. Not the best I've had in Virginia, but way better than I expected.

The cool part about this place is that it has a nice little outdoor patio so you get a feeling of old town Lynchburg. There is an old abandoned building next door and the train goes by right across the street. There are some interesting things to see while walking around downtown, so if you ever come to Lynchburg I'd recommend making a stop here for some good beers.

Note: I'm not exactly sure why (ownership I guess) but the pizza place seems to not want anything to do with the brewery aside from sell their beers. The name of the place is Waterston instead of Jefferson Street and all the cool growlers they sell have the logo for Waterstone on them. Who the hell wants a growler that has a pizza place logo on it and not a beer/brewery. Get real Waterstone owners.