I sat at my outdoor table surrounded by plantlife. A light rain had started to fall, cooling down the hot summer afternoon. I sipped on a craft beer while watching the rain, enjoying everything about the day. Across the street a tiny sprite was staring daggers into my eyes in a somewhat charming, somewhat creepy way. Just behind me a local artist was painting the downtown Village on canvas while locals drank wine and watched the creation of this small town masterpiece. Was this real life? Where was I?

The answer to that question; Montross, Virginia. A small town in Westmoreland County on Virginia's Northern Neck between the Potomac and Rappahanok Rivers. I was seated on the patio at the Art of Coffee, half cafe half art gallery, just across the street from the iconic Coke mural that I passed on my way into town just a short while ago. The beer was a Chesapeake Pale Ale, brewed in Williamsburg, Virginia by Alwerks brewing company. All Virginia everything on this trip.

Earlier that day I had ventured into town from my motel to take part in Montross' First Friday Artwalk & Market Day, a combination of outdoor market and evening summer concert. Pop up tents filled up the lawn of the old courthouse, blending in with some of the monuments on the grass, with vendors selling all kinds of items. 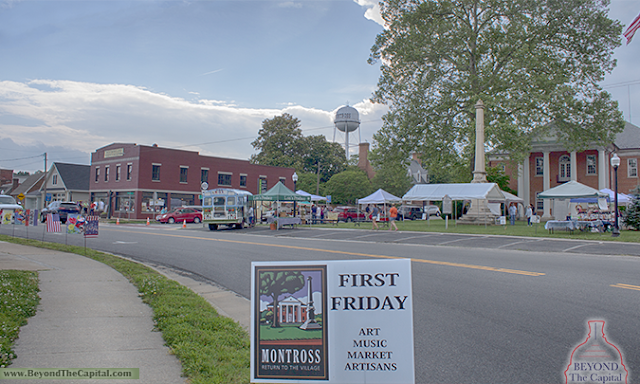 The firehouse was holding a raffle to raise money for the town and the Friends of Westmoreland State Park were there to talk about one of my favorite of the Virginia State Parks, situated just outside of town. Visitors perused the various crafts and produce being displayed by the merchants. From fresh honey to local produce to lawn decorations, to even hot dogs, there was something for everyone. The townspeople conversed with each other and everyone was having a good time.


After walking around the market area I did a few of the other Must-do things in town. I walked down to the Coca-Cola bottling plant and took a photo of the iconic mural. I checked out all the exhibits at the Westmoreland County Museum & visitor center. I strolled past the Montross Inn bed & breakfast and got some great shots of the town water tower.  I even learned about the Montross Soda Shoppe, a planed expansion in the iconic old museum building that would be serving soda from fountains in the upcoming years. I even walked around the presidents garden outside of the museum. 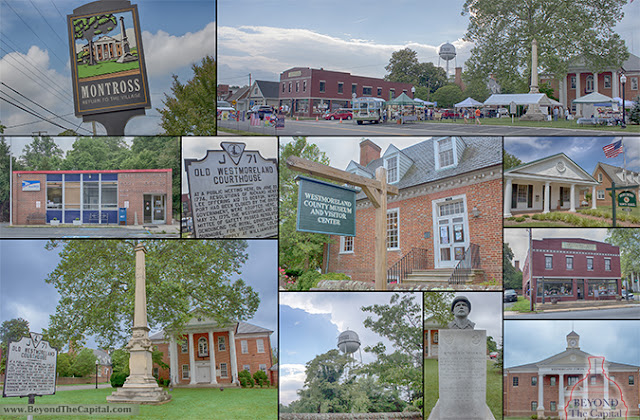 That's when I found myself at he coffee shop. Soon the rain had began to subside and I could hear music playing from around the corner, my cue to leave. I walked over to the grass field across from the market. There were American flags lining the grass and haystacks set up with bystanders enjoying the blues music being played.

An old couple watched from a distance while another set of elderly love birds danced in the grass. The band was crammed under a tent to protect them and the instruments from the rain, but it didn't stop them from rocking out some Creedence Clearwater Revival as moms holding babies swayed to the beat. 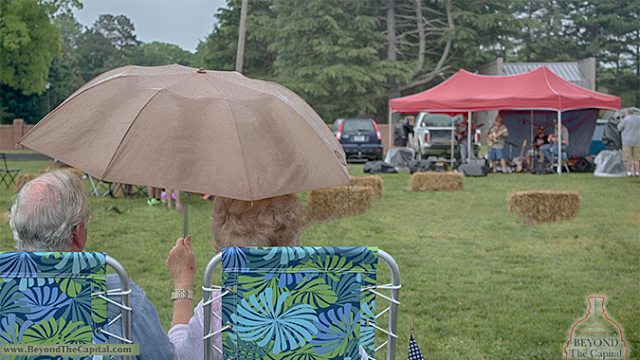 Before I knew it I was seated on a haystack with a glass of wine in hand, my head was bobbing to the music. The concert area doubled as a wine garden, with local selections provided by the Hague Winery from about 15 minutes down the road. 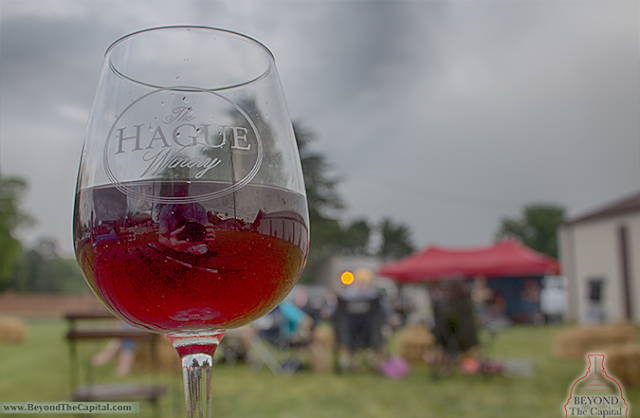 Soon the sun began to set, the wine supply dried up and the music came to a close. But I wasn't ready to go home yet!

The music crowd migrated across the street to Angelo's Restaurant and I followed, grabbing a seat at the bar. I snacked on some local Rappahanock River Oysters and washed it down with some craft beer as stuffed and mounted game watched me from their place along the walls in this hunting-lodge like setting. There was a sign on the wall across from my seat at the bar that said "Paradise", and it might have been right. What a day in Montross, Virginia... 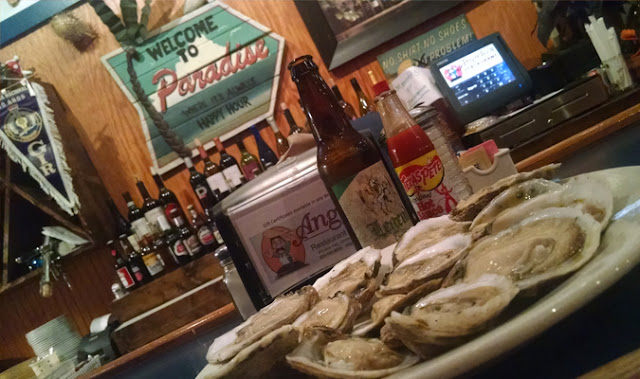