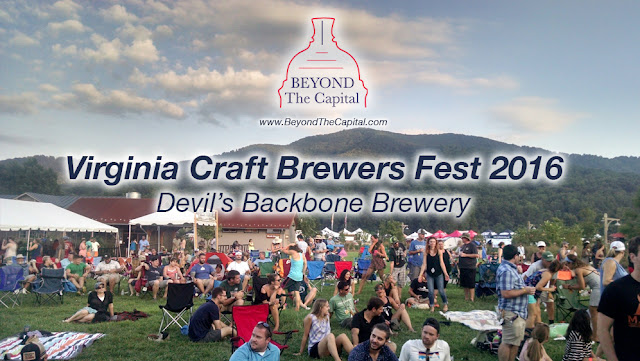 The Virginia Craft Brewers Fest is a relatively new festival that takes place every summer. In 2016 the location was in Roseland, Virginia at the Devil's Backbone Brewery. The foothills of the Blue Ridge Mountains was an incredible place to sample some of the 70 breweries that attended. Live music, tons of beers, VIP perks and camping! What a fun time!

We pulled into the campground facility early on Saturday morning, arriving just before the start of the festival. The campground was interesting to say the least, and was basically a slightly wooded grassy area on the side of the brewery property. People packed in their tents close to each other, and lots of the crowd had already cracked open an early morning brew. 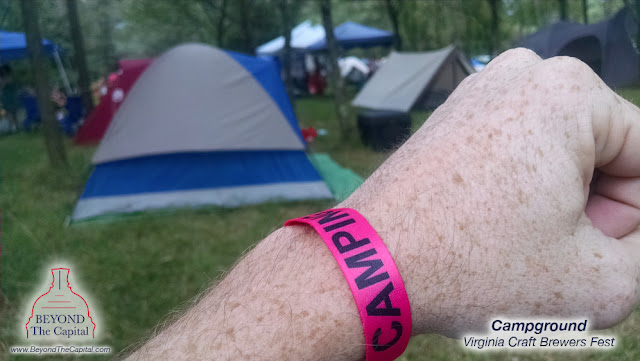 After we set up the tent we headed into the festival. After all we paid the extra money (greatest idea ever) to be VIPs. This granted us some very nice shaded seating, special beer tastings, and the best part, access to the event 1 hour before the plebeians.

We walked right past the non-VIPs who gathered around the fence watching us like we were animals in the zoo. Animals who were sampling some of the incredible craft beers free of all lines. Unfortunately the temperature was insane. It was 90 degrees with no shade standing in the open sun. Sunblock please!!! 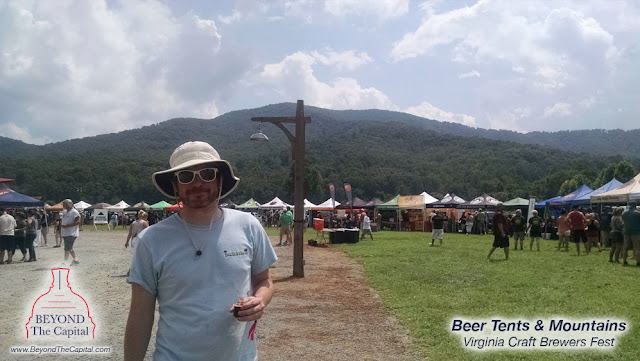 Luckily for us, we had the map of the breweries along with our awesome VIP section. We scouted out the area, found a great spot under the tent next to the cooling fans with easy access to both the bathrooms and some of the closer beer tents. 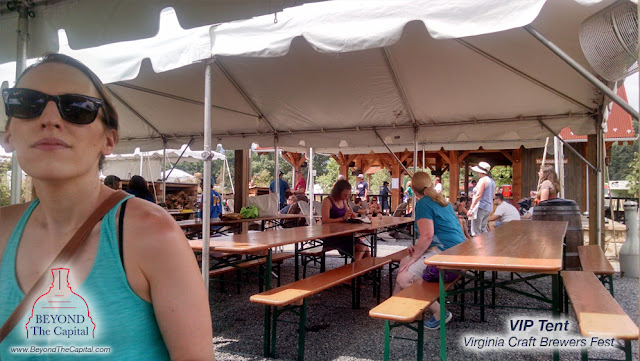 While we had been to, or had beer from, a large number of the breweries present, there were so many more we have yet to try...until today.

After a long and hot day of drinking beers and getting our tan on, we grabbed our lawn chairs and grabbed a great spot by the front of the stage for the main music act of the day, a Yacht Rock cover band (Three Sheets To The Wind) that took us to the end of the festival as we were literally 3 sheets to the wind. 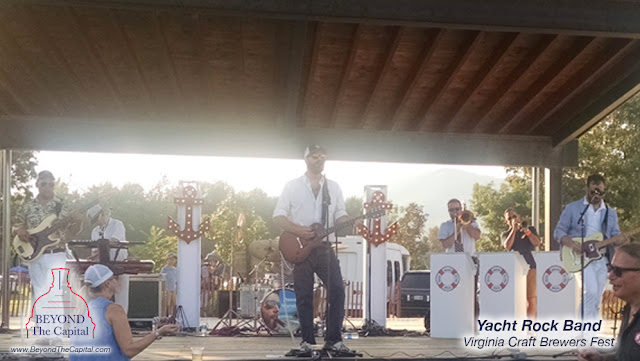 After the event and a lot of water, we tried to sleep in the crazy shanty town packed with drunk campers. It was not the greatest night ever, but eventually sleep happened and another incredible adventure came to a close.


The 2017 Virginia Craft Brewers Fest is moving to downtown Charlottesville, so I'm glad we were able to experience the final Devil's Backbone camping experience.