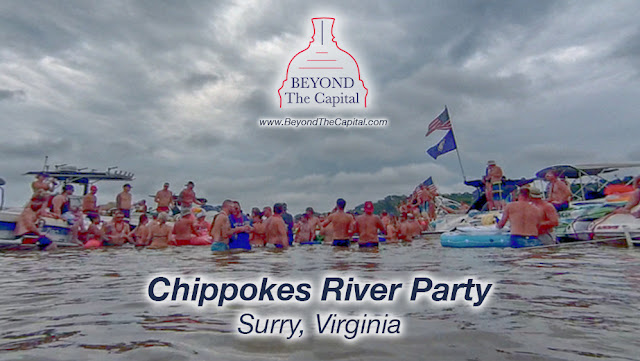 On the highlands of Chippokes Plantation State Park a fun-for-the-whole-family festival brings visitors from miles around to enjoy a car show, local music and of course, the Virginia peanut. However,about 100 yards off the shores of the State Park and just out of sight of the festival, something crazy is happening on the James River.

Last summer I stumbled upon some information about a very unknown and very interesting River Party that takes place every year just over 3 hours outside of Washington DC. Its almost a secret gathering, where most of the participants know about it by word of mouth. But when I finally saw it in person I was completely shocked.

Every year during the Chippokes Plantation Peanut & Pork festival, hundreds of boats pack their way by a small little cove on the James River, about 100 yards off the shore of the park beach. But these aren't your family friendly boaters coming to enjoy the cotton candy and funnel cakes at the event on the fields above. Not even close. These people are here for one reason and one reason only. To Party.

This gathering is everything you would imagine if you thought of a rural Virginia Spring Break. Its like a country music concert pregame, except there is no band playing and the whole thing takes place in the shallows of a river. So while families enjoy the car show and live music at the festival, the real party is happening in the water below. 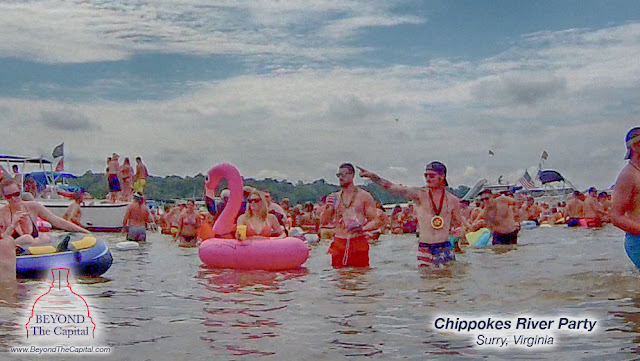 Camo bathing suits, cans of Busch Light, go pro cameras, floating cigarette butts and cowboy hats are just some of the things you will see a plethora of while in the water. Music is blasted while crowds do some dirty dancing on the back of the boat as women flash the crowd. Some boats are a rap party. Some boats are laid back country. But everyone has 1 thing in common. Alcohol.

Its no surprise that the entire area is patrolled by the police. Officers line the shores ready to give tickets to those over-intoxicated partygoers who step foot on land. Boat patrols circle the cove making sure that things don't get too out of control. Most of the party goers are responsible when it comes to anchoring their boats and leaving when sober in the morning, and the dozens that try to make it out are quickly stopped by the police and arrested for operating under the influence. 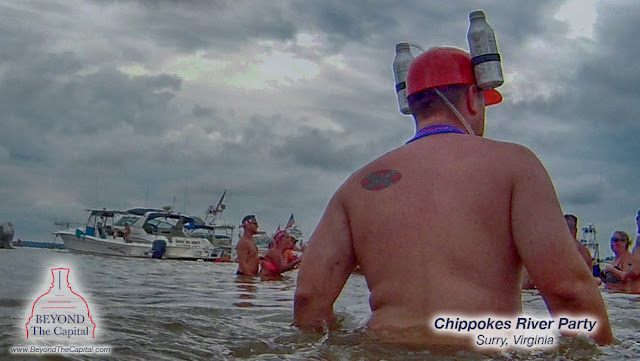 While I booked a campsite at the family campground (well in advance), I really wish I had come by boat. The walk from the campground is a long and arduous one, and wading in the water while others are enjoying themselves on their boats loses its excitement after a few hours. Some come by car and park at the festival (only $5 admission), we were the only ones from the campground, and most arrive on their boats.

If you love a Nascar tailgate party atmosphere and have access to a boat, this yearly gathering is a no brainer. Its a very easy drive from DC, especially if you don't leave during rush hour, and the cost is minimal. Just don't forget to stay safe, act responsible and be prepared to see some things you didn't ever want to see.